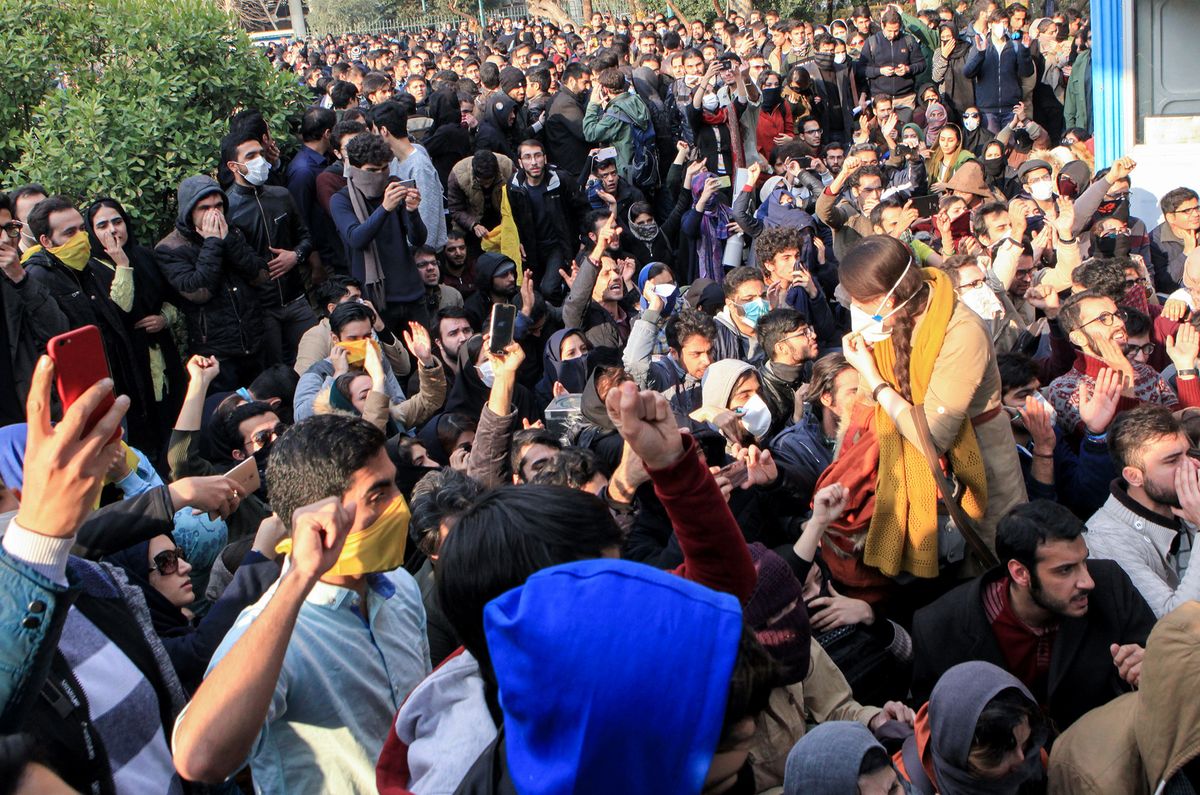 These demonstrations represent perhaps the most serious attempt at challenging the Islamic theocracy that has been in power since the 1979 revolution.

Despite the demonstrations sparking over economic struggles, it is becoming more and more evident that the people of Iran are fighting against the Islamic Republic, and the current dictatorial regime in the country. Thousands of pictures and videos have emerged of protesters marching in the streets, some chanting “death to Khamenei,” and “No more Islamic Republic.”

In 2009, Iranians took to the streets en masse, fighting for election transparency during their presidential election. Many chose to voice their opinions on social media, sparking a wave of cyber-activism, the likes of which never seen before. Hours after the polls closed, President Mahmoud Ahmadinejad claimed victory. Government officials immediately began throttling public access to information online, restricting television programs and access to the internet and social media platforms.

Iranian state television claims that the protests have not been covered by reporters, as ordered by government officials.

Iran has a long history of banning citizens from using certain social media platforms, but the app Telegram, which may be used to organize protests, is the most recent addition to the list.

The protests may have started peacefully, but videos show police force brutally suppressing the citizen’s actions.

As of now, 21 people have died and hundreds more have been arrested.

President Trump has been vocal in his support for the Iranian protesters, tweeting early this morning “Such respect for the people of Iran as they try to take back their corrupt government. You will see great support from the United States at the appropriate time!”

Press Secretary Sarah Sanders spoke on the matter in a press briefing yesterday. “The United States supports the Iranian people, and we call on the regime to respect its citizen’s basic right to peacefully express their desire for change,” she said. “America longs for the day when Iranians take their rightful place alongside the free people of the world.”

Nikki Haley, U.S. Ambassador to the United Nations, came out in support for the people of Iran. “This is the precise picture of a long-oppressed people rising up against their dictators. The international community has a role to play on this. The freedoms that are enshrined in the United Nations charter are under attack in Iran,” she said. “If the Iranian dictatorships history is any guide, we can expect more outrageous abuses in the days to come. The UN must speak out.”

0 comments on “Protests Emerge in Iran”